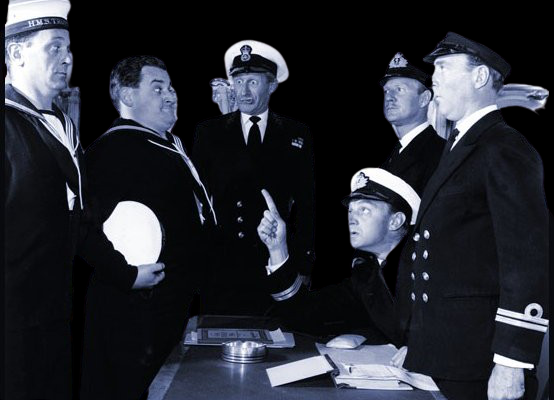 The Navy Lark is a radio sitcom about life aboard a British Royal Navy frigate named HMS Troutbridge based in HMNB Portsmouth. In series 1 and 2, the ship and crew were stationed offshore at an unnamed location known simply as "The Island"