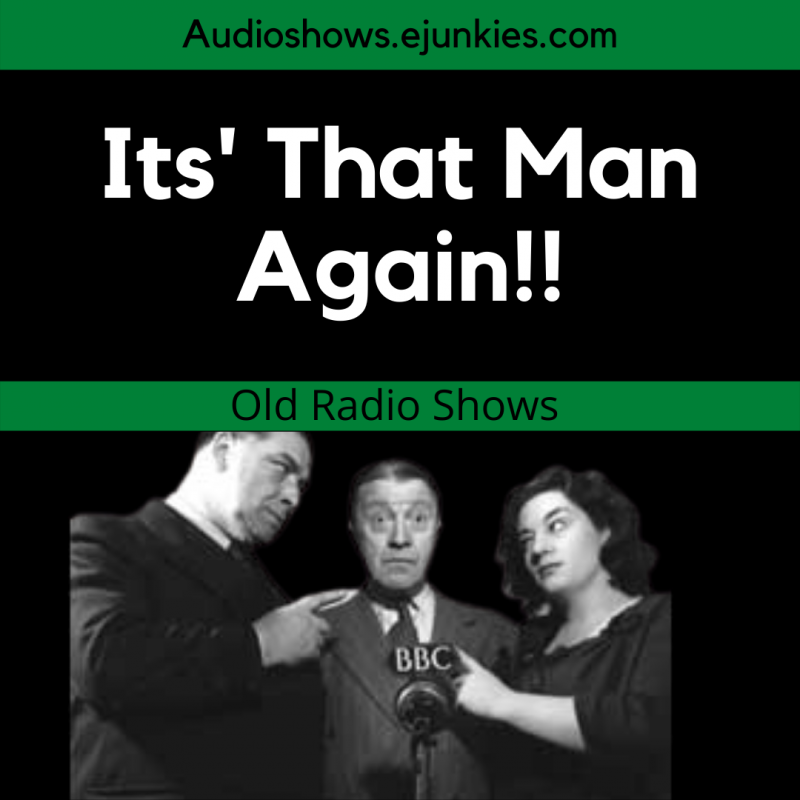 Its That Man Again

It's That Man Again (commonly contracted to ITMA) a Radio Comedy  programme which ran over twelve series from 1939 to 1949. The shows featured Tommy Handley in the central role, a fast-talking figure, around whom all the other characters orbited. The programmes were written by Ted Handley and produced by Francis Worsley.