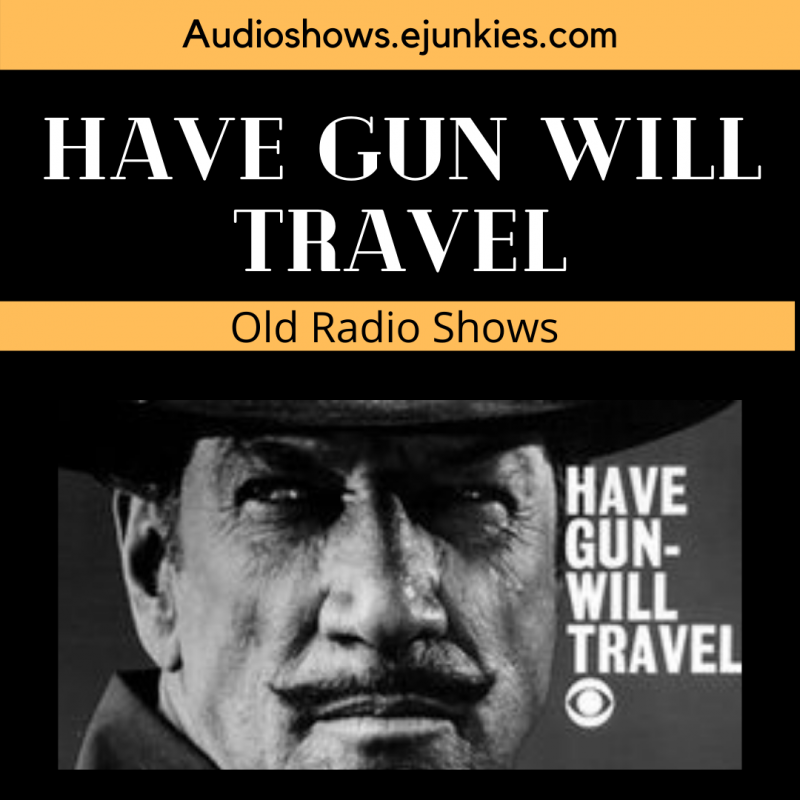 Have Gun Will Travel

Have Gun Will Travel was a Western Adventure radio show that started on ABC on November 1958, just a year after its television version aired. At first, the scripts for the radio show were derived from that of the television show, making the episodes in sync with one another. Later, though, the radio started making scripts on its own.